The trick to having the most fun in New Hampshire’s White Mountains is to get creative. This was one of several important observations I made during a recent foray into this vast swath of northeast wilderness at what is arguably the peak of the summer hiking season. Home to some of the East Coast’s largest mountains and arguably the most dramatic parts of the Appalachian Trail, it’s easy to see why the Whites are a magnet for adventure seekers from all over New England. 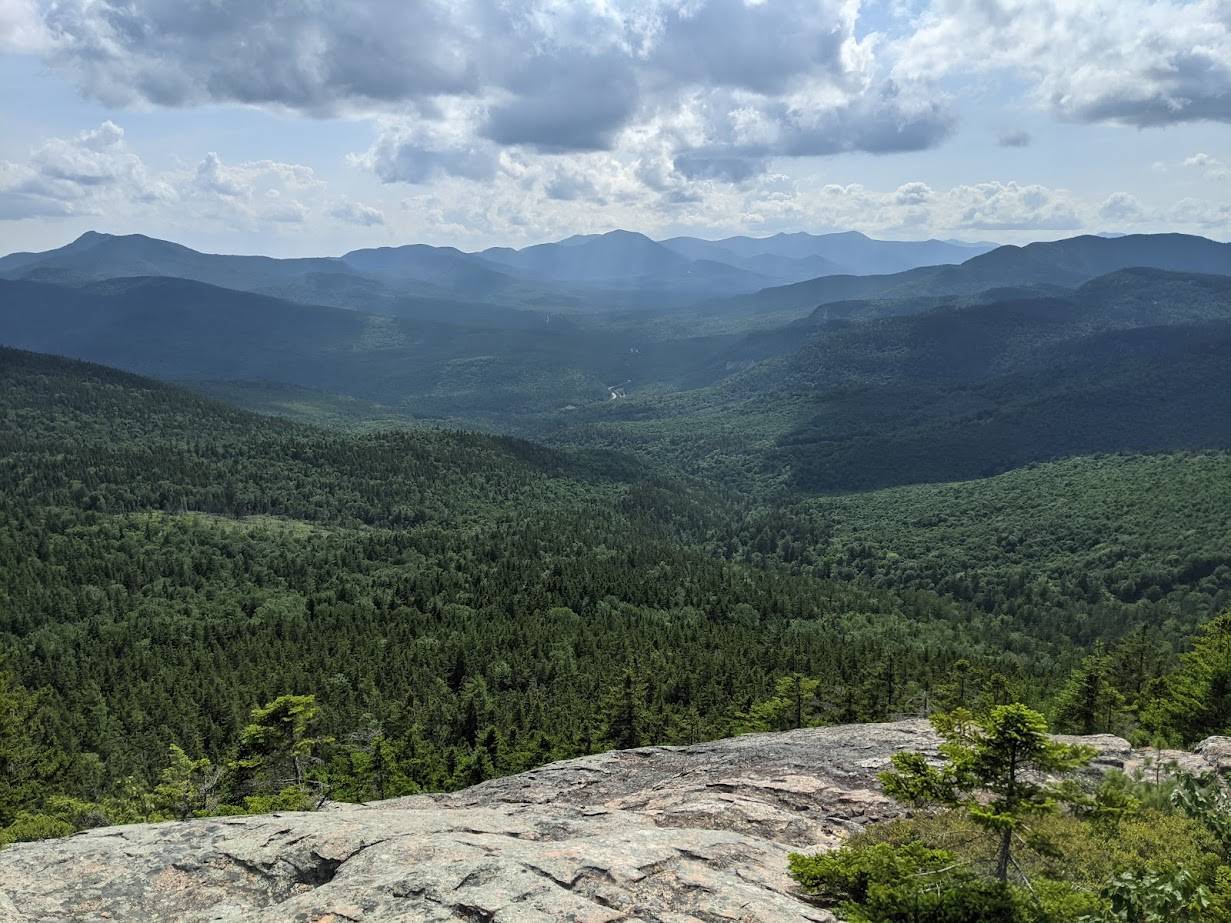 I love hiking in the Whites because of the number of loops made possible by linking the numerous trails that wander through lowcountry softwood forests, dense pines, and rugged high-alpine mountainscapes. While my native state of Vermont is home to the oldest long-distance hiking trail in the country, most of the hikes are point-to-points. I’ve done nearly all of them, so when the opportunity for a getaway to the Granite State presents itself, I jump in with both feet.

The starting point for the day’s first hike was in Echo Lake State Park, convenient as our AirBnB was within the park’s boundary and starting the day’s hike with as little driving as possible had an appeal - it would leave more daylight for actually exploring. The forecast was a legitimate scorcher with the high reaching into the upper 80s. Frequent reapplication of the SPF 45 seemed prudent, along with extra water bladders and salty snacks. When we saw the line for parking at Diana’s Bath stretched down the state highway, we did some quick thinking and set the parking radar on high.

The 700-foot tall Cathedral Ledge is a popular spot for day-hikers and those who are up for driving their car to the top for a great view of the Saco River Valley. Our goal was to escape this hub of activity and get into the remote portions of forest. In 2017, when we attempted to hike the Franconia Ridge, we were dismayed to see people parking on the offramp from 93. Rather than join the conga line, we turned around and found something much more remote and enjoyable. 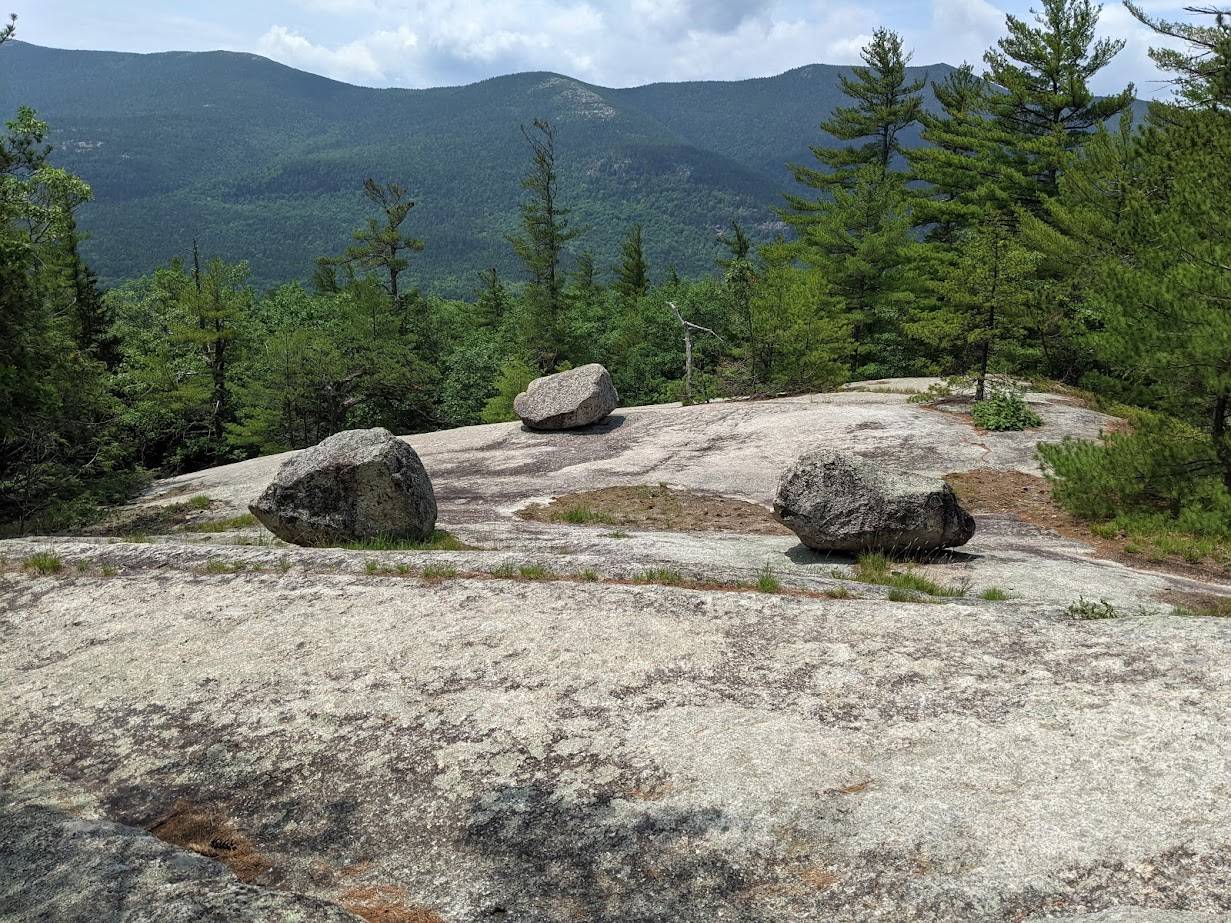 We applied the same strategy here, linking the Bryce Path to the White Horse Ledge Trail, which brought us out onto open rocks at White Horse Ledge. After a short break for snacks and sunscreen reapplication, we descended the Red Ridge Link to begin the first part of our loop. By this point, we’d already had a heavy dose of climb and descent, but our unorthodox approach had placed us directly in the remote and peaceful portion of the woods without having to deal with the long lines and crowds.

Our goal was the 3,196 North Moat Mountain, which we’d access by way of the Red Ridge Trail. Our ascent began with a leisurely stroll through pine forests and a few small brook crossings. The shade was a welcome rest and the breeze kept the bugs off. The ascent followed a steady flowing Moat Brook, in which Moose enjoyed wallowing up to his belly. We splashed our caps and refilled our water before starting the day’s first sustained climb. 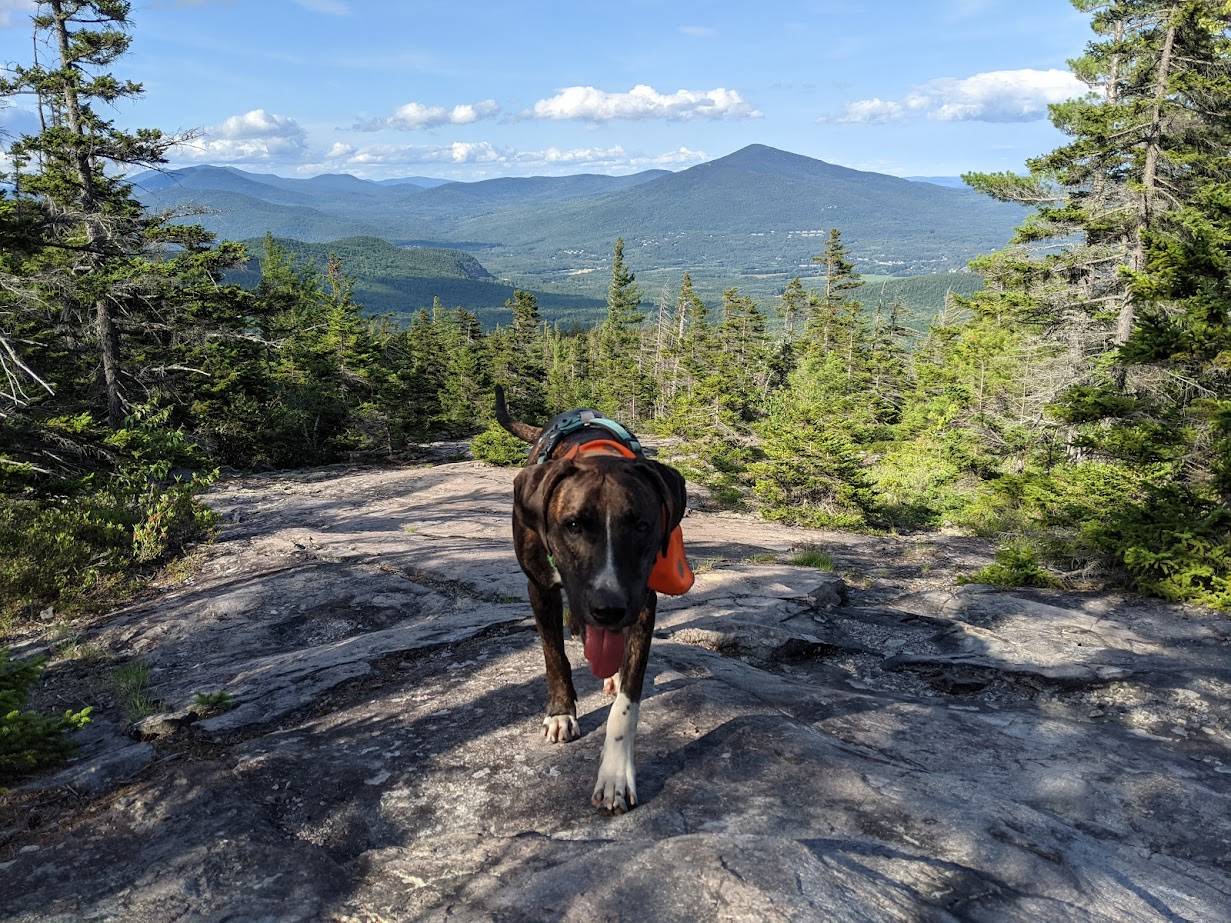 The sun threatened to toast us at the top of the ridge as we converged with the Moat Ridge Trail. We were at nearly 2,700 feet elevation under clear July skies and any vegetation was low scrub. We had marveled at the wild blueberry bushes and tough, scrubby-looking pines. But when we stopped for our first break of the day, the sun came stomping down like a boot. While we wolfed down our lunch, Moose took shelter in the shade under a bush and emerged only to snag nibbles of jerky. After more sunscreen and big pulls on the hydration tube, we were moving again.

Our spirits lifted as we settled into the saddle between the intersection with the Red Ridge Trail and North Moat Mountain. We had gained most of the elevation for the day, and the taller trees brought welcome shade. The dense pine needles muffled footsteps and their scent was thick and nearly tropical in its intensity. From the muddy lower portions to the hot and exposed rock at 3,000 feet, the Selvatica Mid GTX were a worthy companion. Recently, I’ve adopted a lighter approach to my hikes, opting for trail runners or grippy approach shoes. But the mid height of the Selvatica brought confidence to the careful footwork on the scrambly bits, and when we descended back into the Saco River Valley, all I had to do was point them downhill and they saw me through.

We celebrated the summit of North Moat Mountain. with chocolate peanut butter cups and handfuls of potato chips before setting off again, this time descending to the car. It was now 4 in the afternoon and there were showers and a well-earned dinner waiting down below. 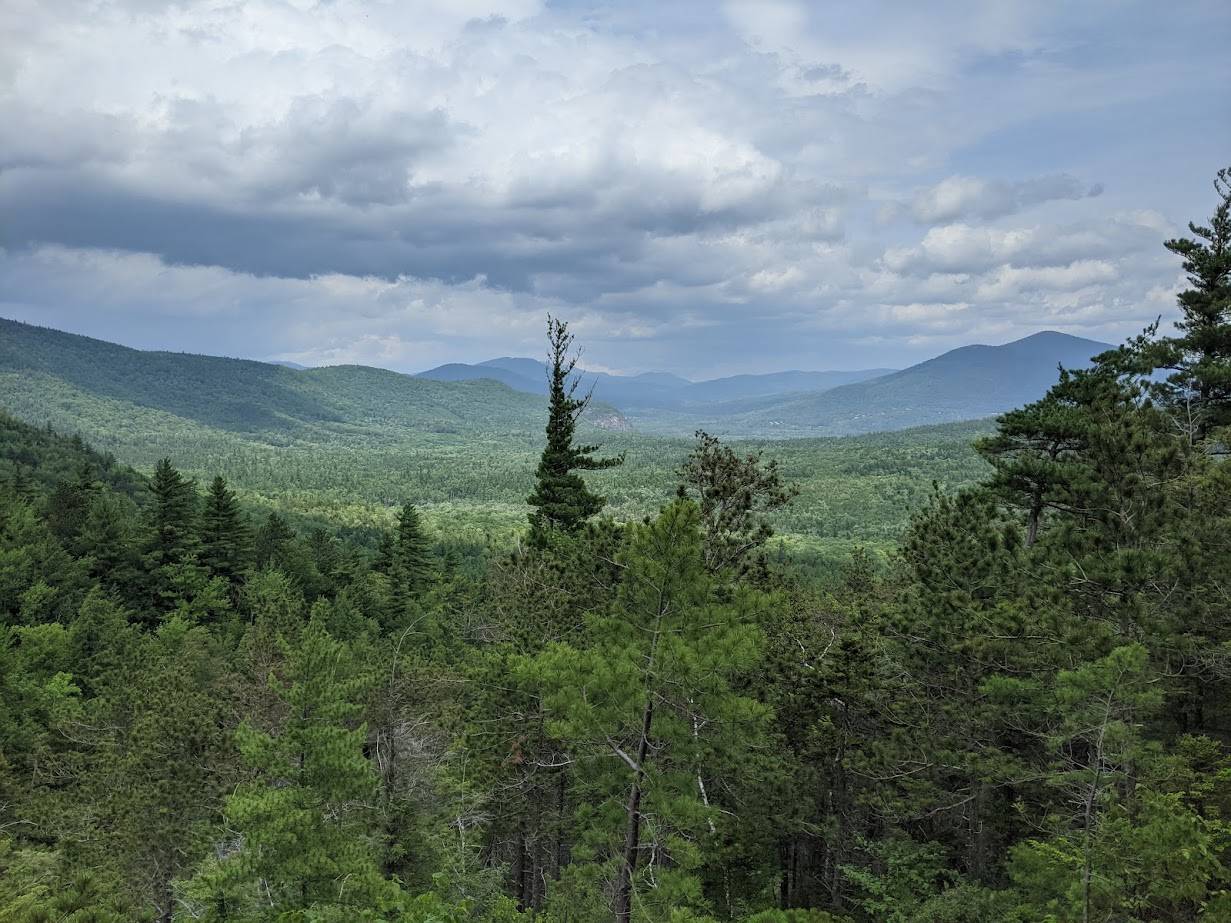